Take your learning to the next level at INIFD with the pioneers of the Fashion Design and Interior Design industry. The culture at INIFD enables every student to use their creativity to their utmost potential and pair it with the guidance of industry experts to drive them towards success. 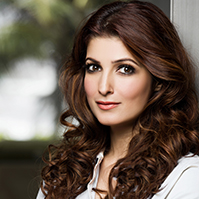 One of the most sought after, high-end Interior Designers in India, Twinkle Khanna is a Celebrity Mentor at INIFD. Though her knack for the right colours, textures and sketches established her as an Interior Designer prodigy, today, she is also well known as an author, newspaper columnist, and now a film producer.

As an author, her first book Mrs Funnybones sold over one hundred thousand copies making her India’s highest-selling female writer of 2015. Her second book ‘The Legend of Lakshmi Prasad’ that revolved around strong feminist stories also met with rave reviews and soon became a bestseller. In a short span, she has established herself in the literary world for her satirical style of writing, her humorous take on life and current issues, at the same time driving a strong message back to her readers. Her most recent book and first novel, Pyjamas are Forgiving (Juggernaut Books, 2018) was released in September 2018 and debuted at number 1 on the Nielsen Bookscan All-India Bestseller List.

Independently, she designed a Breach Candy house in 2000 which defined her career as a designer and there was no looking back since then. having been blessed with an impeccable sense of style and design, she was once charged with the task of refurbishing a dark foyer in a bungalow. With an inexistent structural plan, Twinkle actually risked drilling into the foyer ceiling to discover 15 feet of height. She designed the ceiling then, with a rock and metal Spanish style.

Putting it together: To cater to her style, ‘The White Window’ stocks up on artistic, creative and Twinkle’s personal preferences of lighting, décor, art, crockery, glassware, silverware, gifts etc.

She has won many accolades such as the Crossword Book Award 2016 for Mrs Funnybones, The Outlook Award in 2016 for the most inspiring woman of the year and India Today Woman Writer of the year 2017 for her second book, The Legend of Lakshmi Prasad… She has produced, Padman based on the life of Muruganatham Arunachalam. A film that started a global conversation about Menstrual health, with a strong focus on dispelling taboos around menstruation, a topic that has never been explored in cinema before. She has recently partnered with Save the Children as the Ambassador to promote Adolescent Health & Menstrual Hygiene. 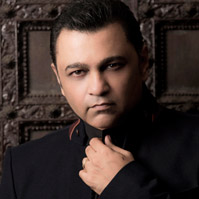 Popularly known as the Star Bollywood Fashion Designer, Ashley Rebello is a coveted Fashion Designer, Couturier & Stylist. He is the man behind the new avatar for numerous stars, industrialists, celebrities, sports personalities, politicians and numerous other eminent names.

One of the projects close to his heart is the collection exclusively crafted for the Reliance Foundation and the Ambani Family wedding. He has worked extensively with Actor Salman Khan on numerous films such as Sanjay Leela Bhansali’s Inshaalla along with Bharat, Prem Ratan Dhan Payo, Bajrangi Bhaijaan, Kick, Dabangg 2, Ek Tha Tiger, Bodyguard, Ready, Dabangg & Big Boss the Television Show.

As a Chief Mentor to INIFD for two decades, he has mentored thousands of students studying Fashion Design. For him, clothes express an individual’s persona and he loves playing with colours, cuts, form, style and function.

He has designed for the gorgeous Aishwarya Rai, stunning Katrina Kaif, Malaika Arora, Jacqueline Fernandes, Sonakshi Sinha, Mallika Sherawat at the Cannes Film Festival and the elegant Tabu…the list of lovely ladies is endless as well.

His portfolio also consists of designing attires for Shahrukh Khan, Aamir Khan, Shahid Kapur, Imran Khan and the like. Ashley also has to his credit the exclusive gowns that he designs for all important international pageants like Miss Universe, Miss World and Miss India.

Ashley is one of the first Indian designers to design for Oscar-winning directors, Nicole Kidman, Hunter Tylor, an international television actress and many more Hollywood stars as well. His styling projects also include advertising campaigns such as Appy Fizz and the Being Human Project. 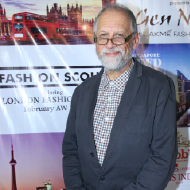 Adrian’s professional experience spans over 40 years in a broad range of applications and styles. His field of vision covers everything from fashion shoots, photojournalism, and architecture to marketing production and documentary photography. He runs a successful commercial photo studio in central London and is also a Course leader for PG Diploma Photography Portfolio Development at the University of the Arts London. As a working photographer, Adrian brings a pragmatic and updated approach to teaching.

Adrian brings in a huge amount of experience in teaching and educational development including:

Development and rewriting of the ABC Diploma Course. Writing and validation of Post Graduate Courses
Development of practice-based commercially oriented photography courses. Adrian’s work has taken him all over the world, including working for the EU government. As a result, Adrian has a deep understanding of a range of cultures and diversity.

Joseph Toronka has been working in the fashion industry for over 15 years. He studied for a degree in Product development for Fashion at the London College of Fashion. He proceeded to work in Fashion PR for Major brands. He then focused his career on the creative imagery industry working worldwide as a fashion and celebrity stylist with agency representation in the UK, Europe and the USA.

He has worked in all areas of the styling industry, shooting editorials for publications both in the UK and internationally whilst also shooting campaigns for may prestigious and luxury brands.

As a celebrity stylist, he has had experience working with some of the biggest names in the entertainment industry on projects ranging from pop promos to red carpet events. He continues to successfully work as a stylist and alternates his time with lecturing at the London College of Fashion on Styling program. 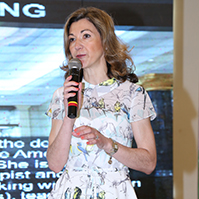 Sara Corker has been working within the design industry for 25 years. She is an alumnus of American Intercontinental University in London.

She regularly writes articles for the Industry and has just finished writing her book on ‘How to set up a successful Interior business’ – something that she is passionate about. Sara is a Member of the British Institute of Interior Design (BIID) and is on the Membership committee. 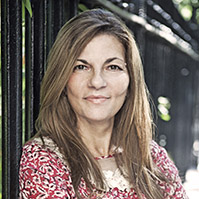 Laura Lightbody is a graduate from Central Saint Martins in London. As a part of a high-performance team of model agents at New York’s premier agency, Wilhelmina, she has her own casting and production company, One Girl Productions.

She has styled many celebrities, dressing influential musicians – including Fergie, Natasha Bedingfield, Gloria Estefan and Cyndi Lauper. She has had the privilege of creating looks for every prestigious award show from The American Music Awards; The Grammys and The Golden Globes, to the all-important, MET Ball. She is the Image creator for the hugely successful global group, The Black Eyed Peas, for their final World Tour, The E.N.D.

She also lectures on fashion in higher education at internationally renowned universities. 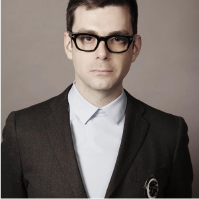 Having spent more than 16 years in London, Fabio has worked in communication departments of major brands like Gian Franco Ferre’, the Chanel Group and Zilli.

From 2010, Fabio lectured on Luxury Brand Management and Strategies at Istituto Marangoni

He currently lectures Master Programmes on Luxury Brand Management at Paris & London and conducts lectures on how to develop the local luxury market in emerging countries like Indonesia and China. 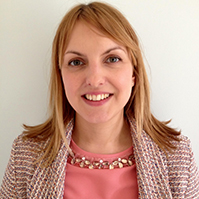 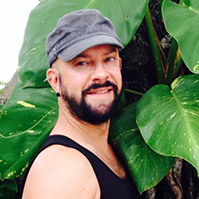 A graduate from the London College of Fashion, Neil Holbrook has 20 years of experience in the Fashion and Retail industries. He is the head of the editorial team for Harvey Nichols.

Neil has a vast experience as a Fashion Designer and Pattern Cutter along with retail experience in Buying and has also worked as Visual Merchandiser. Graduate from the University of Warwick with over 30 years experience and a lifelong interest in Fashion and Retail, April Glassbrow has worked as a buyer at Harvey Nichols for Fashion Jewellery, Perfumery and Leather goods and Hosiery. She is also the Head of Women’s wear at Harvey Nichols. 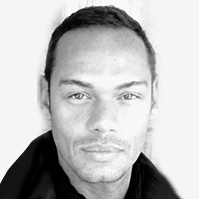 Paul Chambers attended St Martins School of Art: College for the Distributive Trade course. He started his career at Selfridges as Visual Merchandiser and was Head of Creative Direction. He is currently the Art Director for Reiss and a Celebrity Fashion Stylist at Terri Manduca agency.

Paul also headed up the Projects and Design teams for ‘Elemental Design’ for brands such as Fendi, Harrods and Selfridges. In Germany, he heads the Global Windows for Hugo Boss. 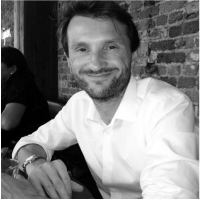 Simon Askew is a professional visual merchandising tutor with over twenty-five years working in the retail sector.

Simon began his career working for Sainsburys Supermarkets, a major multiple retailer in the UK before moving to Selfridges in London to specialise in the luxury retail sector He has also worked at Harvey Nichols, Knightsbridge one of the world most prestigious retail stores.

Simon was also selected for the Retail Masters’ forum held at Oxford Business School. Now working independently, Simon has begun working with a strong list of well known retail companies based in fashion, food and home offering his professional services and experience from his work in the last twenty-five years. 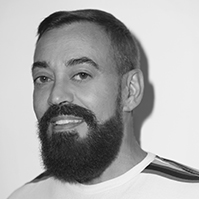 Carlos Palma has 22 years experience as a professional hair and makeup artist within the fashion industry and has an accredited reputation in New York, Miami and London.

His creativity and talents are coveted by industry professionals from photographers, stylists, publishers and celebrities alike. His exposure to a multitude of mediums has facilitated a substantial portfolio clearly demonstrating his abilities. Finalist at Next Generation Regeneration Milan, Gianni owns studios in London and Sardinia. He specializes in Women’s Wear and bespoke tailoring for men

He showcased his unique designs at Washington DC Fashion Week and has had the privilege to dress the models for four years in a row at Top Model UK. His beautiful creations have appeared recently in VOGUE Italia.